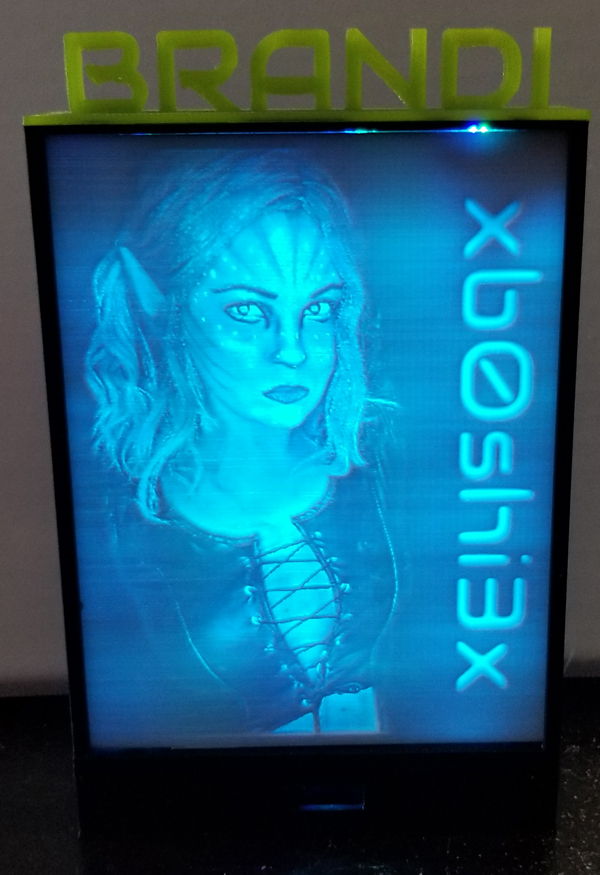 The UFO contained a 30 LED Light, remote controlled USB powered color changing light set. (2 boxes received 60 LED and the trifold said 60 LED as I believed I was getting 60 LED strands when I ordered)

I created a lithophane lightbox in December for a friend of mine who is a twitch streamer (xb0shi3x), and I thought it would be a pretty awesome thing to create for a loved one as a Valentine's present.

The box I've designed is for a 150 x 116 x 4mm 3D Printed Lithophane photo. I used this Image to Lithophane generator to create it using a 1966 x 2538px photo that I made into a greyscale image in photoshop.

Lithophanes should be printed in a white, no more than 4 to 5mm thick, and 100% infill.

The box itself is a top and bottom. The LED strand I secured to the back of the top part with 2 part epoxy, curving it back and forth like a snake from the left side to the right side, keeping the lights facing forward and held in place with clamps while the epoxy dried.

Then the end should fit into the bottom. There is a rectangle in the front of the bottom in which I secured the IR receiver so that it is clearly visible so that the remote control can work with it. Then the USB cord fits out of the slot in the back.

I then used 3D Gloop to secure the top and bottom parts together.

I did not take enough pictured when creating the first one, so I will build another if need be to better walk you through the build process.

When DasMia released the project for the 3D Printed Rose, I thought it was absolutely AMAZING! So I asked her if I could link out to it in this month's reveal post... she then told me she was working on a 2nd flower as well, which opens up and reveals a small container that can hold a Valentine's present like a ring! So I'd like everyone to please check out DasMia's Rose and Lily! 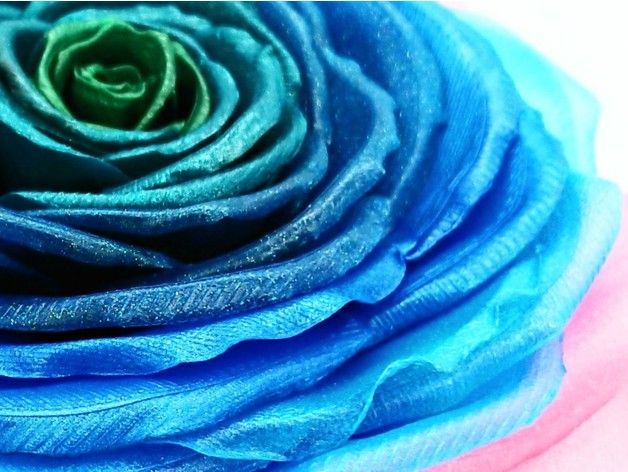 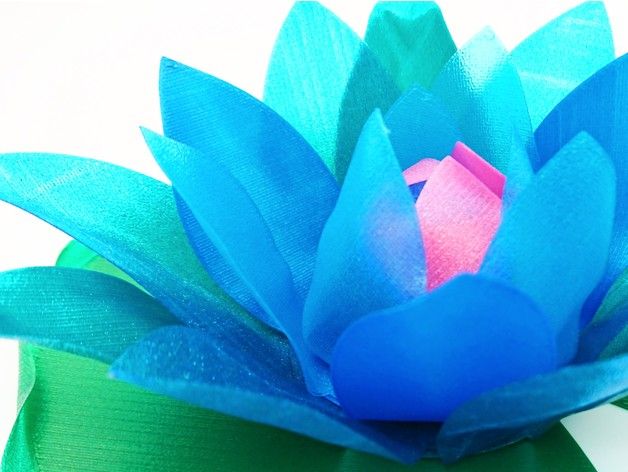